In late November, a few of the world’s most prominent experts on Dalí will gather in Stockholm for a two-day international symposium, Re-thinking Surrealism: Shock, Disturb and Surprise.

Speakers from the UK, Spain, France, Italy and the USA will give highlights from recent research on Salvador Dalí and surrealism. Discussions on some of the theories behind the exhibition Dalí Dalí featuring Francesco Vezzoli will analyse Dalí’s influence on contemporary artists such as Francesco Vezzoli. Welcome to two days of talks and presentations, including unique documentary film footage.

The symposium is intended for researchers in related fields and the art-loving public. Arranged by Moderna Museet in collaboration with the Centre for the Study of Surrealism and its Legacies, University of Manchester, Instituto Cervantes, Stockholm University and Södertörn University.

SEK 200 (Friends of Moderna Museet SEK 100), including refreshments and admission to the exhibition. Tickets can be booked through www.ticnet.se. Any remaining tickets will be sold at Moderna Museet on 21 November from 10 am. 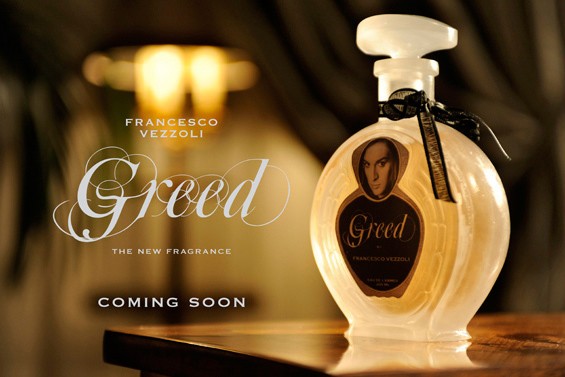 11.20
The Architectonic Angelus of Millet. Dawn Ades, Professor of Art History, Co-Director of the Centre for the Study of Surrealism and its Legacies. Salvador Dalí applied his paranoiac-critical method to Jean-François Millet’s painting Angelus (1857-59), a painting that had fascinated and inspired him since the 1930s. Dawn Ades analyses Dalí’s lifelong relationship to the painting and how it is one of many examples of how Dalí reverts to, and processes, a subject several times.

11.50
Divine Dalí. David Lomas, Professor of Art History, University of Manchester, Co-Director of the Centre for the Study of Surrealism and its Legacies. The talk considers how Dalí remakes his artistic identity on the model of a screen celebrity during the 1930s and 1940s, not coincidentally a period of his close involvement with Hollywood. Dalí’s adoption of narcissus as a personal myth is a consequence of his immersion in this world. The term “divine”, David Lomas shows, points contradictorily to Dali’s obsession with Leonardo da Vinci at the same time that it evokes a contemporary, cinema-derived idea of fame. Divine Dali is a prescient harbinger of later artists like Warhol and Vezzoli who explore what it means to be an artist in an age of celebrity.

14.00
Mae West done wrong by Vezzo[da]li. Frédérique Joseph Lowery, Ph.D. art critic and exhibition curator. By using Mae West’s face as a surrealist apartment, Salvador Dalí opened up a space for the display of his own art. “Come up and see me some time”, Mae West famously said in She done him wrong. Dali indeed modified the poster of this movie to touch up the face of the Broadway star. Vezzoli responded to this logic by also using Dalí’s “face” in order to display his own embroidered/painted works. He drew upon the medium of cinema instead of theatre. Frédérique Joseph Lowery explores Vezzo[da]li’s “interface”, She also examines how Dali’s collaboration with major choreographers, who allowed him to present his works on international theatre stages, built the conceptual foundations of his Theatre-Museum.

11.10
Dalì and Politics (1951-1974) William Jeffett, Chief Curator, Exhibitions at the Salvador Dalí Museum in St. Petersburg, Florida, address how Dalí projected himself as a public figure within the landscape of post-war politics. In part he situated himself, in relation to Picasso’s identification with communism, as an anti-communist, identifying his public image within the US perspective of the cold war. In the 1940s, Dalí famously painted Franco’s ambassador to the US. Shortly thereafter Dalí sought a rapprochement with Franco’s Spain constructing himself as the consummate Spanish artist. Dalí’s contrarian position persisted well beyond the onset of the cold war. As late as the early 1970s, and at a time when arguably there was no opportunistic advantage, he continued the reaffirmation reactionary positions.

Introduction, film screening, Q&A session
In the Cinema/Auditorium at 2 pm
Tickets, SEK 50 per film, can be purchased at ticnet.se. Any …

Salvador Dalí was possibly the first 20th century artist to fully understand the impact of the mass media on society and culture in general. While …

In late November, a few of the world’s most prominent experts on Dalí will gather in Stockholm for a two-day international symposium, Re-thinking …