Playful and multifaceted, Carl Fredrik Reuterswärd’s career spanned nearly seven decades, several pseudonyms, and most artistic techniques. The exhibition focuses in part on the intricate installation and group of objects, ”Kilroy”, and in part on a series of monumental, expressive drawings the artist made after suffering a stroke in 1989 which forced him to switch from working with his right hand to his left.

”Kilroy” (1963–1972) began in January 1963, when Carl Fredrik Reuterswärd (1934–2016) published the following notice in the New York Herald Tribune: “CARL FREDRIK REUTERSWÄRD Closed for holidays 1963–1972.” He intended to use this vacation to create nine interrelated objects under the collective title of ”Kilroy”. It is a poetic and simultaneously ambiguous and esoteric group of works, and in the exhibition ”Alias: CFR” you meet objects, as well as lasers and sketches related to the work.

In 1989 Reuterswärd suffering a stroke that forced him to switch from working with his right hand to his left. He described the time after his stroke as in part a kind of liberation. He began drawing with his left hand, and the lines and subjects seem to suggest a searching both back and forward in time—to before and after the stroke. The monumental oil pastel drawings of the late 1990s feature scenes of, among others, mythological figures and acrobatic displays. They are mysterious and dreamlike, and although the expression here appear different from that of the earlier conceptual exercises, the two are also linked by the artist’s continual exploration of new styles and approaches.

Including the exhibition Atsuko Tanaka

The richly illustrated exhibition catalogue will feature an essay by Andreas Nilsson, curator, and poetry by Carl Fredrik Reuterswärd. 128 pages. 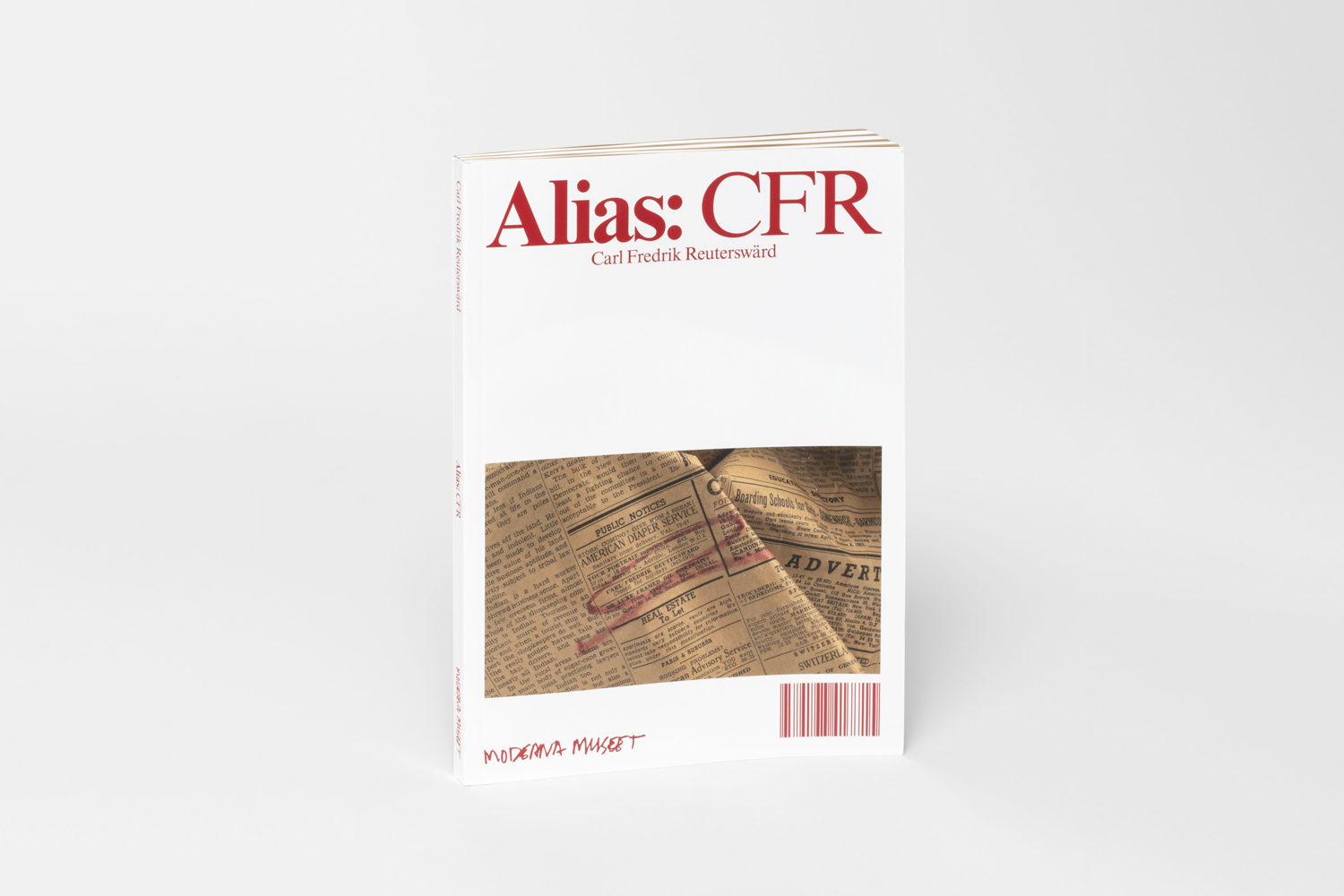 The exhibition is on the 2nd floor

Andreas Nilsson has curated the exhibition ”Carl Fredrik Reuterswärd – Alias: CFR”. Read his essay about one of Sweden’s most …

On some of the works in the exhibition Alias: CFR

Read more on the revolver with the knotted barrel, the meaning of the lasers pointing straingt into Kilroy’s heart and on one of Reuterswärd’s …

Carl Fredrik Reuterswärd was born in Stockholm in 1934 and died in Landskrona in 2016. He is one of Sweden’s most internationally-famed artists, …