Meet three artists from different generations, who were recently acquired within the framework of the Moderna Museet’s major project for the acquisition of new art; “Swedish acquisitions 2021”. Listen to the artists Kristina Abelli Elander, Astrid Kajsa Nylander and Helena Lund Ek in a conversation about feminist art creation and the importance of predecessors and role models.

How do the possibilities of working as a woman and artist differ from the 1970s and 80s to today? How can one find strength and community in creation through networks?

Listen to the artists Kristina Abelli Elander, Astrid Kajsa Nylander and Helena Lund Ek in a conversation about feminist art creation and the importance of predecessors and role models. The conversation takes place in the exhibition “Swedish Acquisitions: Matches”, which opens on May 7, 2022. The exhibition is the second of two group exhibitions that present works from the Moderna Museet’s major project for acquiring new art “Swedish Acquisitions 2021”.

Kristina Abelli Elander started critiquing prevailing gender relations and social orders in her comicstrip-like paintings early on. Astrid Kajsa Nylander’s paintings often take on a surrealist expression departing from female artists’ work. In her work, Helena Lund Ek engages in dialogue with previous generations of artists and her figurative paintings are often about the body and the female experience.

The conversation is mediated by Linda Fagerström, lecturer in Art Theory at Linnaeus University.

In the groupshow “Swedish acquisitions: Matches” you will encounter about 40 works of art that were purchased last year for Moderna … 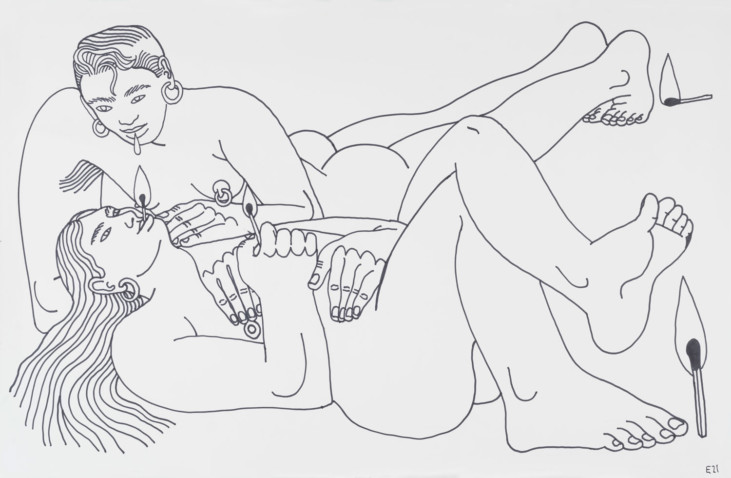 In the exhibition “Swedish acquisitions: Insights”, 34 artists explore subjects such as states of mind and bodily experiences. This is the first … 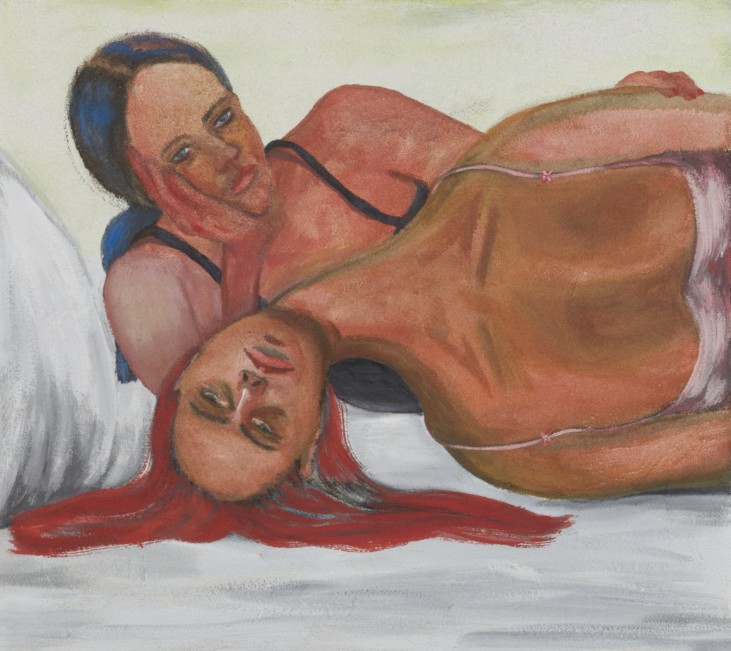 Astrid Kajsa Nylander received her MFA 2018 in Jutta Koether’s class for painting and drawing at the Hochschule für Bildende Künste Hamburg. In 2019, she was awarded the ‘Junge Kunst’ prize by the Stiftung Sparkasse Siegen, followed by a solo exhibition at the Siegen Kunstverein, Germany. In 2020, her mini-jobs were shown in a solo exhibition at the PAGE Gallery (NYC) in New York. Her solo exhibition “drip drop” opens on May 21, 2022 at Galleri Belenius in Stockholm.

Helena Lund Ek graduated in 2014 from the Oslo Academy of the Arts and is currently a substitute lecturer in painting at the Royal Swedish Academy of Fine Arts. Lund Ek participated in Modernautställningen in 2018 and has since initiated three site-specific solo exhibitions in Stockholm.

Kristina Abelli Elander graduated from Birkagården’s one year textile programme in the early 1970s. She distinguished herself early on with comicstrip-like paintings that criticized prevailing social orders and gender balance. Over the years, she has worked using various methods; painting, drawing, textile sculpture, ceramics and spatial installations. She was also active as a costume designer during the 1970s to 1990s.

In the early 1980s, Abelli Elander was involved in running the legendary BarBar, an experimental alternative venue for new art forms. During the 1990s and 2000s, she taught at Konstfack and was a visiting professor at the Royal Swedish of Fine Arts.

For the past two years, Abelli Elander’s focus has been on animation and short films. Among her publications ”Staden, flickorna, Tiden…tiden…” (2011) can be mentioned.

Linda Fagerström is a lecturer in Art Theory at Linnaeus University and an art critic for Sydsvenskan. She is also chair of the Swedish Art Critics Association, AICA Sweden. As a researcher, Fagerström is interested in the polyphonic, and is strongly convinced that a story or a truth is never the only one. For her, gender perspective is an obvious point of departure.