This Walid Raad retrospective features documents and scenarios that he either wishes existed or fears are already in existence. We also meet the artist himself in a comprehensive performance work.

“Let’s be honest, the weather helped” is a complex but also amusing and very elegant totality. Undoubtedly the most unmissable exhibition this spring (Dagens Nyheter)

The performance lecture is a breath-taking journey (Aftonbladet)

Walid Raad began his artist career in the late 1980s and has worked primarily on three major projects: The Atlas Group, Sweet Talk: Commissions, and Scratching on things I could disavow. These projects are closely linked to his experiences of growing up in Beirut during the civil war in Lebanon, moving to New York, and having an emerging career in a globally expansive art world.

The exhibition is retrospective, but not chronological. Works from Raad’s major projects are presented side by side in an unprecedented way, opening up for new approaches to his oeuvre and the themes he explores.

Walid Raad is one of the most celebrated contemporary artists. His works have been shown at documenta and the Venice Biennale, and he has had major solo exhibitions at museums all over the world. Raad’s innovative artistic practice has been widely recognised and awarded, not least for his highly unique performances, or “Walkthroughs”, as he calls them. Walid Raad was born in 1967 in Lebanon. He currently lives in Medusa, in upstate New York.

Performance with the artist

Meet the artist Walid Raad in a unique performance. The work interweaves historical, political, economic, cultural and philosophical threads into a narrative that is dizzying, imaginative, and illuminating. We recommend you to experience Walid Raad’s art at one of his walkthroughs. The performance is held on 23 occasions.

”Kicking the Dead and/or Les Louvres” is a 75-minute performance, which Raad refers to as a “walkthrough”. It accompanies the exhibition, and comprises lecture-style presentations, video screenings, and walks in the exhibition spaces. Thematically, Walid Raad concentrates on the opening of the Louvre Abu Dhabi. His inquiry leads him to engage World War I, arts education, insurance, sweat, and the history of tall buildings.

Read more about the performances and get your ticket here: Kicking the Dead and/or Les Louvres

Free admission for those 18 and under and Friends of Moderna Museet.

Guided tours in Swedish, English, Spanish and Persian are held during the exhibition period. Included in the admission. No advance booking. We also have tours for group living facilities, baby tours, family tours with workshop. All guided tours are listed in the calendar.

Ticket is required, 150 SEK, admission to the exhibition included the same day.

Included in the admission. No advance booking.

”Kicking the Dead and/or Les Louvres”

Meet the artist Walid Raad in a unique performance. The work interweaves historical, political, economic, cultural and philosophical threads into a narrative that is dizzying, imaginative, and illuminating. ”Kicking the Dead and/or Les Louvres” is a 75-minute performance, held on 23 occasions. It is a part of the exhibition.

Holiday event from 4 and up

All children from 4 and upwards are welcome to the Workshop for activities during the school break. We start with a guided family tour of the exhibition ”Walid Raad: Let’s be Honest, the Weather Helped”. Afterwards, we create in the workshop. From 4 and up, in the company of an adult. Tickets available at the information desk same day. No pre-booking. Welcome!

Dates and times can be found in the calendar: Holiday event: Walid Raad

The richly illustrated exhibition catalogue features an introducing essay by curator Fredrik Liew and an interview with Walid Raad by the art historian María Minera, as well as the artist’s complete manuscript to the performance ”Kicking the Dead and/or Les Louvres”, published for the first time. 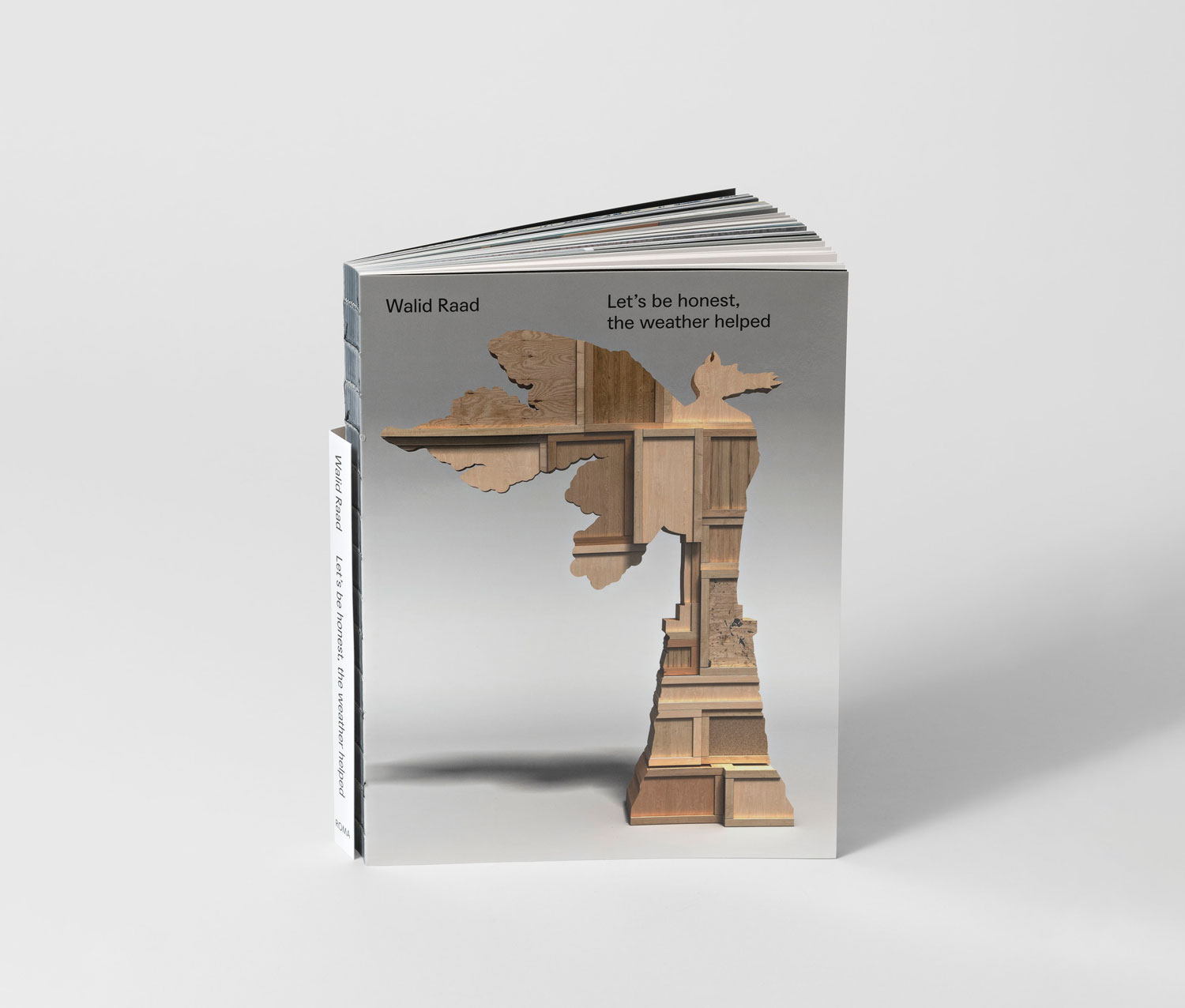 The themes that Walid Raad explores are closely connected to his biography. Raad was born in 1967 in Chbanieh, Lebanon. He grew up in Beirut during …

A few years ago when Walid Raad received questions about his life he responded by writing a biography. Since then he has written several versions of …

Let’s be honest, the weather helped

Sigmund Freud’s theory on trauma and how consequences of an event can appear in distorted forms, led to a new understanding of what can be called …

In Walid Raad’s art, strange things happen to works that are in vulnerable situations. When the covid-19 pandemic forced Moderna Museet to close in …