Gilbert & George are two men who together are one artist. For more than five decades they have been creating art that challenges the conventions of art and society with a blatant disregard for any notions of “good taste”. The Great Exhibition treats you to a unique artistic vision, with over fifty pictures selected by Gilbert & George.

As the most iconic double of the art world, dressed in near-matching and impeccably well-pressed suits, Gilbert & George have resided in the same London East End neighbourhood since the 1960s. Fearless and straight to the point, their art has the power to unsettle the viewer.

Ever since they met at Saint Martin’s School of Art, Gilbert (born in the Dolomites, Italy, in 1943) and George (born in Devon, UK, in 1942) have walked their own path. Being both subjects and objects of their art, they are indisputably an indivisible artistic entity and have dedicated their life to art. By committing themselves to a discipline as rigorous as it is creative, keeping their life at their home and East End studio to simple classless routines, they have made room for total creative madness.

In the film Gilbert & George tell us about their art and take us on one of their legendary walks through a neighbourhood that has provided material for their art for more than 50 years. We met again in Stockholm for a walk through the finished exhibition at Moderna Museet.

From floor to ceiling the exhibition space is filled with pictures that are at once thrilling and frightening, grotesque and austere, surreal and symbolic. The pictures almost always portray the artists themselves, often gazing directly at the viewer. Sex, money, race, and religion are among subjects of their art, which succeeds in combining happiness and sadness.

Punk rockers and hipsters, Morris dance and bombs, autumn leaves and classifieds of all kinds – Gilbert & George probe the world around us with piercing eyes. “The Great Exhibition” is as democratic, generous and extravagant as its creators. Gilbert & George proclaim “art for all”.

Free admission for those 18 and under and Friends of Moderna Museet.

Tours for visually impaired (in Swedish)

Guided tours in English, Swedish, and other languages are given regularly. All tours and full programme to the exhibition are listed in the calendar: calendar Gilbert & George

Video in the Mini Cinema

During the exhibition period two early video works by Gilbert & George are shown in the Mini Cinema on floor 2.

An art adventure is a family tour for kids and adults to do on their own. In the exhibition, you will find gigantic, colourful pictures made up of several smaller parts. Look at the images through the eyes of Gilbert & George and see if you can find the details in the works of art. Ask the staff at the information desk on floor 4 how to get started. From age 4 (accompanied by an adult).

Holiday event from 4 and up

All children from 4 and upwards are welcome to the Workshop for activities during the school break. We start with a tour of ”Gilbert & George: The Great Exhibition” (in Swedish), followed by a workshop session. Welcome!

The richly illustrated exhibition catalogue will feature five interviews with Gilbert & George by Hans Ulrich Obrist and Daniel Birnbaum, one for each decade of their practice. 460 pages. 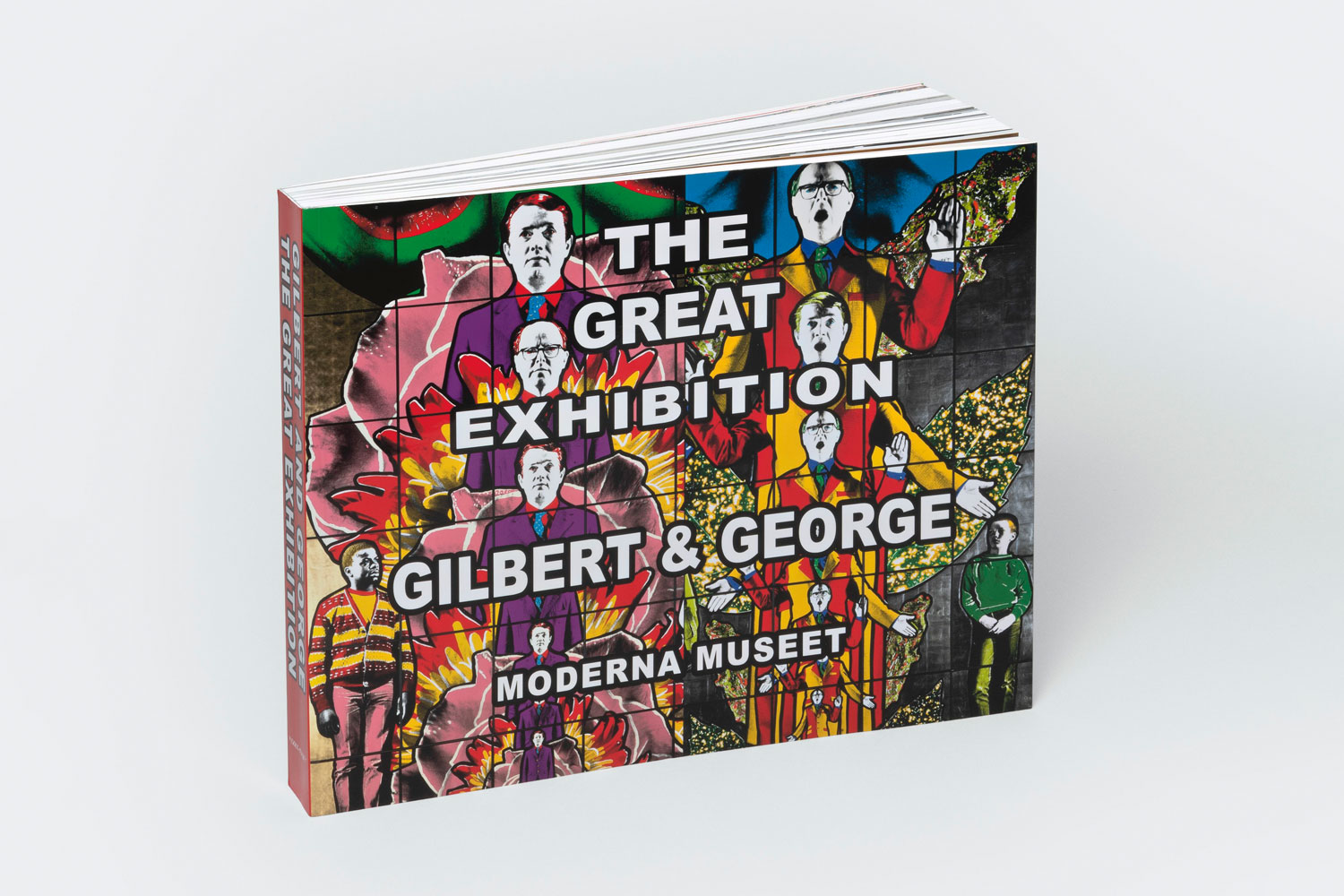 The exhibition is produced by Moderna Museet and Luma Foundation, Arles, in close collaboration with Gilbert & George.

The exhibition is supported by

1967
Gilbert and George meet at Saint Martin’s School of Art and Design in London. George describes it as “love at first sight”. The two young …

The artist duo spent a few hectic days in Stockholm prior to the opening of the exhibition “Gilbert & George: The Great Exhibition”. The …