Craig Kauffman’s acrylic wall reliefs are often considered quintessential examples of what has been called L.A.’s ”Finish Fetish” art. Utilizing the vacuum-forming molding technology reserved at that point for such things as commercial signage, Kauffman created a series of ”bubbles” which glow on the wall due to not only the slickness of their materials, but also the stippled areas of paint which were sprayed onto the interior of the form, creating a piece which seems to pulsate when light hits it. 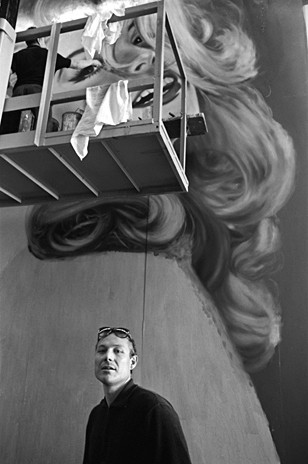