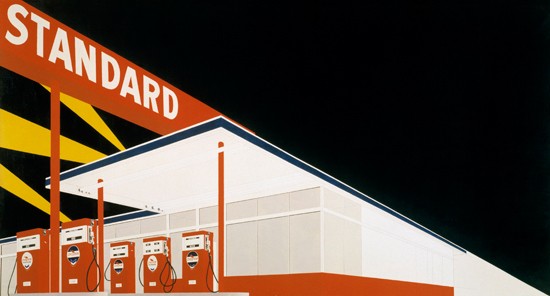 Ed Ruscha’s paintings from the 1960s typically use a single word as an image in a manner that was quickly identifi ed as pop in terms of its dead-pan approach to the possible meanings to be gleaned from the appearance of a word or phrase like ”Annie” or ”Actual Size” on the surface of a painting. His numerous artist books, which ”document” such things as gas stations, small fi res, or L.A. apartments, have been hugely instrumental in defi ning what has been under-stood as an ”L.A. Look.”